How to write for global audience

The key things
Nevertheless, many native English-language writers find it difficult to communicate effectively with people whose first language is not English. At Hidden Champion, we are used to writing for global audiences. Here are some of the key things to bear in mind:

1. Don’t use idioms
Many native writers integrate slang and colloquialisms, simply because they find it difficult to distinguish between neutral and language specific to a culture. When writing for international audiences, it is best to avoid words that are too informal, such as “cheeky” or “snazzy”.

2. Don’t repeat unnecessarily
If you can cut out a word from a sentence without affecting the meaning too much, do it. “In March…” means the same as “In the month of March…”.

4. Use simple verb formats
Verbs are often the words that carry the most semantic force in a sentence. Keep them easy to understand. For example, use “dig” instead of “excavate”.

5. Use pronouns carefully
Pronouns are often not easy to translate. The French word “il” could mean “he” or “it” in English. In the same way, your choice of pronoun could be unclear to foreign speakers of English.

6. Have you thought of using a glossary?
Sometimes, it could be a good idea to include a list of definitions at the end of your text. Think your readers outside the UK won’t know what NHS is? Tell them at the end that it means National Health Service. Glossaries provide definitions of difficult words and phrases, as well as useful context.

For more information about the above content, and to discuss your 360-degree marketing needs, please contact us! 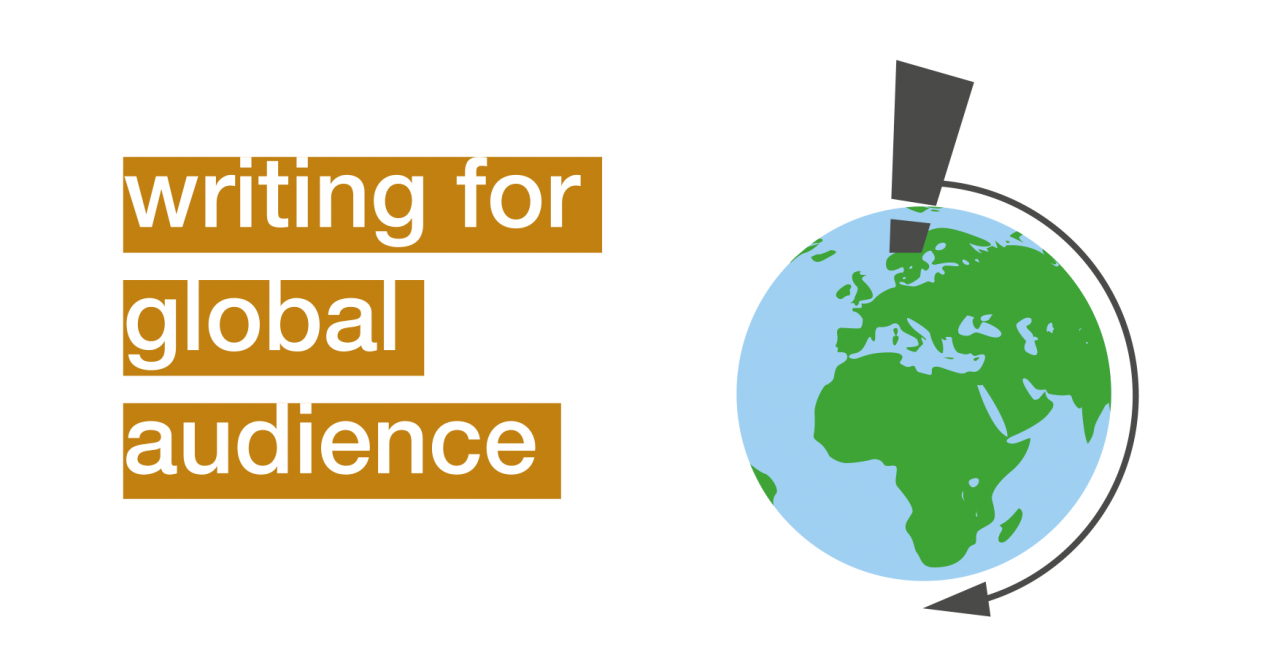